MORE THAN “a snapshot, a record of a single, singular moment in her glorious story”, the “SAN JUAN Sa Puso ng Kamaynilaan” coffee table book, personally given by the Mother of San Juan, Mayor Guia Guanzon Gomez took us back to that time when “the heart-shaped city in the heart of Metro Manila provides all the things needed for a life well-lived.”

Snapshots of the before of a bayan that became a municipio. Churches, town halls, plazas, museums, monuments, market places and most of all historical areas or spots.

Mayor Guia took us back in time as she leafed through the pages of her coffee table book.

“You will not see my face in the book. Only in the introduction and my son JV (running again for Senator #26) in the last page where he gave the Afterword.

“For the many things we “enhanced” or improved in what has been our haven for the last so many years, we want to share to the people San Juan’s glorious past in terms of all the places which have made a mar in History as well.

“Sabi nga ni RK (Villacorta), ‘yung lagi niyo nadaraanan na mountains of basura in one spot na itinatapon lang doon, nawala na. At ang ganda ng pumalit. May parking lot. May pasyalan. There are still the old houses which we now consider heritage houses. Like the Munárriz House on 10 E. Fernandez street and the Castro House at 67 Valenzuela street. We have Dover Hill on Mabini street, a residential area like a low-cost housing project. Some of the residents are world renownend fashion designer Patis Tesoro, businessman Crisanto Sy, and the Philippibe Movies’ King FPJ (I kidded her Erap’s Compadre).”

“You see? I do not own G Liner. It’s Dindo Macapagal. Na you canread the story, started muna as jeepneys in 1956. And some market stalls. So, malinaw hindi akin o amin ‘yan,” she laughingly mused.

To make us get the feel of San Juan, through Councilor Vincent Pachecho who is also running for re-election, took us back in time. 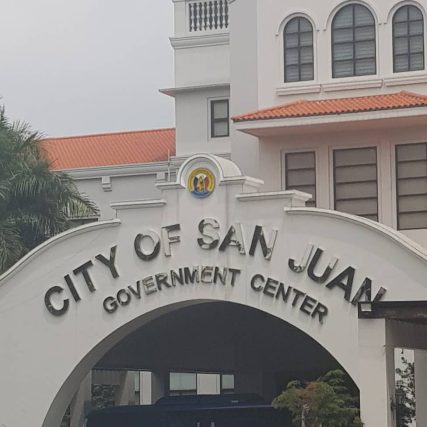 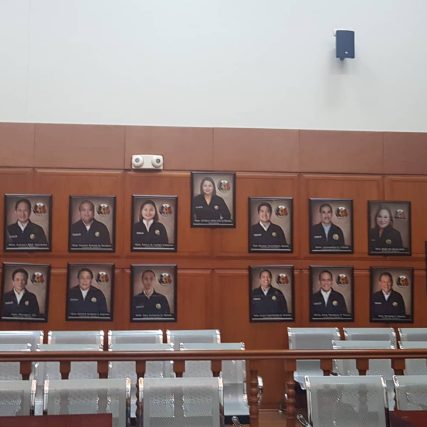 In El Deposito (the patubigan), the Armory of olden times and now the Museos (museums), one school San Juan boasts of-the Polyrechnic University of the Philippines as well as a new Science Hign School. There is the new San Juan Medical Center. Yes, we saw the old houses, too.

As Senator JV said in his afterword, “San Juan being a mountainous landscape with a lot of rollibg hills, where the term “del monte” came from, is like a little Baguio nestled right beside our nation’s capital. The Spanish Colonial regime leaders and the Dominican friars used San Juan as a resort area then.”

My take. In the 60s, our family lived along N. Domingo street. My Dad and his compadre (both of them are Sampaguita and character actors), lived side by side. We hear Mass at the Pinaglabanan Church. We visit Mayor Erap’s office. Yes, I tag along. And when there are shoots in Sampaguita Studios, I saw hills around. That part of Ortigas used to be really mountainous where cowboy scenes were done.

Part of my childhood was spent in SJ.

Now, in my adulthood I am thankful for the good things that mother and son team of Mayor Guia and Senator JV are continuing to progress in SJ.

I enjoyed San Juan’s fiesta. The basaan. The Wattah! Wattah! Festival. And so many to reckon with. In that Greenhills Shopping Center alone, there si so much to enjoy.

The place where Senator JV was born, lived , played, lived, grew up, studied, served and will continue to serve!

Tourism has flourished. It is the Heart of Metro Manila, the little “big” city, the Historicsl Dakilang Lungsod ng San Juan and the Tiangge Capital of the Philippines.

Mayor Guia treated us to a sumptuous lunch in Gloria Maris.

This was where Aling Banang’s, Chef Laudico Guevarra’s (we had a sample of their ensaymadas), Café Ysabel, the famous tita Lulu’s, Benson’s Special Bar-B-Q came to be.

From the Halls of Mayor Guia’s office, its vicinity right in the heart of San Jun, we learned so much about what it was, what it has become and what it still can be.

The best part of the tour is the visit to the Church of Santo Cristo. Because we had the opportunity to touch the image of the Lord in the cross and meet his Mother (Dolorosa) looking up at him.