ALL HE could ever say was a resounding “Thank You!” to the people who followed him in his journey as a singer who just wanted to entertain and make people love his songs.

Every time he comes home, Nick Vera Perez makes sure that his memories with his supporters will linger on.

The first time he returned to the Philippines, the events were mostly his way of seeing and getting to know his followers from all over the world.

He made every effort to connect with them!

“Kaya may sakit din in our hearts. But we are also leaving na full din ang mga puso namin because of what the people shared with us sa mga naging shows namin all over the country. Especially in Cebu and Davao.

After his shows in the provinces and doing the mall shows rounds, NVP has picked 5-20-20 or May 20, 2020 to be his major concert at the Music Museum. With all his talents to participate. 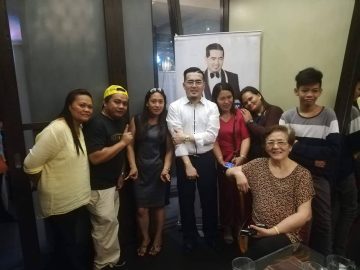 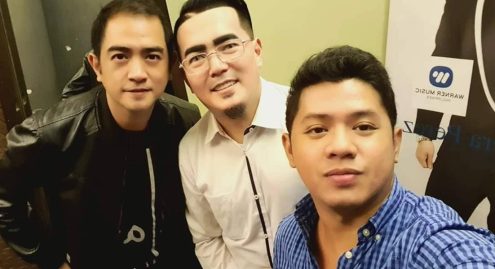 “Kung almost a month lang kami this year, baka next year mas madagdagan ang days ng stay namin because of the many other projects na nasimulan now, with the meetings I had with several people. One being Viva Records.”

Several pounds heavier because of lunches and dinners left and right, NVP’s very first agenda on his schedule as soon as he lands at the O’Hare Airport is to call his trainer for his gym visit.

“Time passes by in a blur. My suitcases are filled with so many happy memories. It can’t be helped that there are incidents which aren’t perfect. Mistakes are inevitable. But am thankful that I am learning so much from all experiences.”

NVP will be back to his daily routine as a Nurse in the Windy City. To warm the hearts of his patients with new songs up in his sleeves.