ALL he had was his bedroom!

While others choose to work outside home, few choose to do the opposite. Out of the few, some do it for convenience, some do it to balance work and family relationship, but someone just make the most out of it – started conquering the world and inspiring hundreds of thousands of people in the comfort of home.

He was born in Pangasinan, and as a teenager, leaving his hometown for the United States was quite easy, with his dreams in mind and heart. 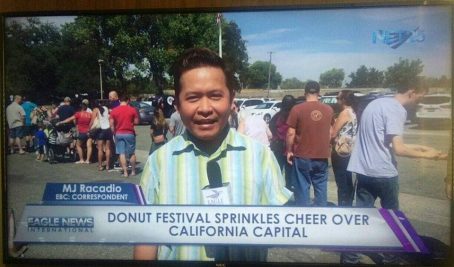 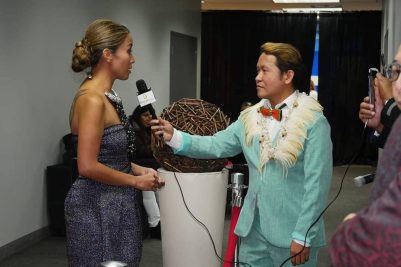 He had a dream of making it into Hollywood. Growing up, he always knew he had to do something to fulfill it. He believed and continuously believe in every possibility and so he lived and is still living these dreams.

Graduating from Business Management in University of Phoenix was just the beginning of an amazing journey. When he moved to Los Angeles, it was as if the world calls out his name, turning his dreams into an overwhelming reality.

From being a Recording Artist to a Publicist, a PR expert, an Event Organizer/Producer, a Red Carpet reporter in Hollywood and Fashion runways, to being the Social Media Reporter of the Year (2016) awarded by Filipino American Press Club of California.

He has indeed mastered the art of persistency and passion that never fail to get him through wonderful doors and paths, all on the way to the promise of his dreams.

In an interview, he said it took him a while to notice that he is already living his dreams. When asked about his thoughts about leaving Pangasinan as a teenager, he said “I have been always fascinated with Hollywood growing-up, and when I moved to Los Angeles, I got to live the dream, I would always remember my first red carpet in Hollywood.”

And it indeed just doesn’t stop there. In April, 2014, he tried to come up with something that has never been done before. That’s when the first ever America’s First Fil-Am Hollywood Entertainment Podcasting Show — Blogtalk with MJ Racadio.

He’s now celebrating three years of wonderful episodes married into the power of social media. He said “my vision is clear, and that is to empower and inspire one person at a time, Filipino and Fil-Americans alike through my platform which is the Blogtalk.”

When asked about some of the most memorable interviews during the first season of the show, he would highlight some of the most influential Fil-Am personalities who have made their marks inn Hollywood. To name some we have Hollywood writers Janet and Ruben Nepales. He even recalled the moment when he got invited by the power couple to Hollywood, and he said “Is this happening?” Because according to him, they usually interview the biggest stars in the planet. Some of the notable interviews he had for the show include 2015 Ms. Universe Pia Wurtzbach, the famous Filipino Balladeer and the first ever Filipino to win WCOPA world grand champion title Jed Madela, to matinee idols Alden Richards and Dennis Trillo. 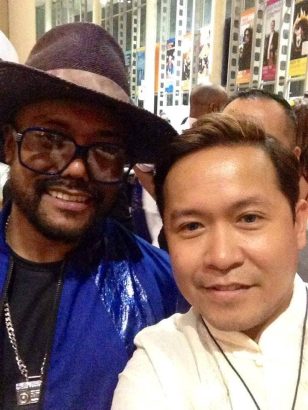 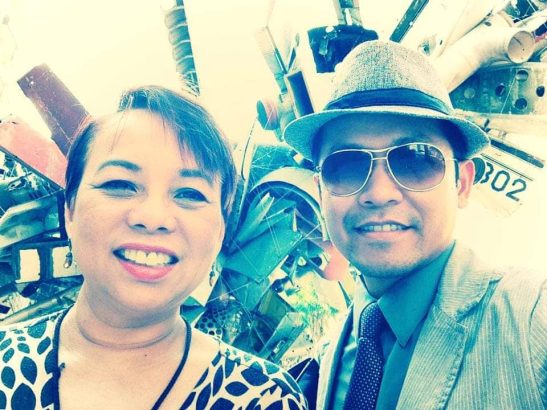 He never fails to acknowledge the people behind the show’s continuous success. “I thank God for the knowledge he has given me, my Executive Producer Mariebeth Racadio for providing me a never ending support, and of course, my family, my followers, and my friends. Because without them, Blogtalk would not be possible.”

“It’s been a long 3-year journey. I am going to continue as long as I can find someone whom I think is capable of inspiring others. I will try my very best to invite important people for an interview in Blogtalk. As long as I have the resources, and the ability to do it, I will do it, and I will do it for the rest of my life,” he said.

And the accolades and recognition are taking place. With projects left and right, the NYC Film Festival is honoring him this October in his role as a filmmaker, in his docu.

This is where his special docu on Blogtalk with MJ will go: Official Selection (Short Documentary Category) will be screened at the International Film Festival Manhattan (IFFM) in New York City on October 16-20, 2019.

This is just the beginning.