The “P” Talks!
BY: Pilar Mateo

Two plays. A grip in life!

We watched the Manila adaptation of internationally acclaimed Duncan Macmillan’s “Every Brilliant Thing” at the Zobel de Ayala Recital Hall of the Maybank Performing Arts Theater nights ago.

It is a one-character play about mental health awareness wherein a young girl named Angela makes a list of 1,000 brilliant things for her mother.

Teresa Herrera performed the character of the little girl to her growing up years up to the time she married her crush.

The interactive improvisation was the fun part where the audience participated. Teresa randomly picks someone who will.play her father, her teacher, her teacher’s pet, the boyfriend, who she gets to kiss!

The audience gamely shouts the things on the list as Teresa calls out the numbers. As she relates her character’s connection to that particular situation.

The Sandbox Collective and 9 Works Theatrical are bringing or once again to the audience to get a grip and understand what depression, mental health disorder and the likes is all about.

As we were watching the play amidst the laughter every now and then, there were muffled sobs all around especially when Teresa’s character relates her life and times with her clinically depressed Mom.

Directed by Jenny Jamora, “Every Brilliant Thing” is 1. Ice Cream 2. Water fights 3. Staying past your bedtime and being allowed to watch TV. These are just a few items on a list of things worth living for, compiled by a young girl trying to ease her mother’s depression at the start of this charming and miraculous new play. Through adulthood, as the kist grows, she learns the deep significance the life has on her own life, as she goes to college, falls in love, and builds a home.

A tribute to the irrepressible resilience inside all of us and the capacity to find delight in the everyday, “Every Brilliant Thing” is a very funny and moving new play about mental health that enlists members of the audience to help tell its story.

PETA’s ‘UNDER MY SKIN‘, written by Rody Vera and directed by Melvin Lee continues its run at the PETA Theater on Eynard street into New Manila.

It will run Thursdays to Sundays of March 2020.

It tackles about the never ending myths and misconceptions about HIV and AIDS.

All we thought was we knew a lot about it already. The play was an eye-opener about the stories of people still afflicted and affected by it. And what we can still do to make people aware.

The way it was presented to the audience, without being preachy but so informative made a lot understand more about the dis-ease and how it’s been affecting the people living with it. Up to this time!

It was Mike’s day when we saw the play.

Saying how good he was would be an understatement. As his body of works will speak for himself.

It was in “Culion” , on and off cam that we saw how diligent he was in as far as committing to a project he was.

In “Under My Skin”, he and his co-actors were required to study and do an aerial dance. It was through that aerial dance that everything was left to the imagination of the audience while the doctor was explaining about HIV, AIDS, statistics and other relevant matters about the dreaded disease and the stigma it created especially to the gay community. 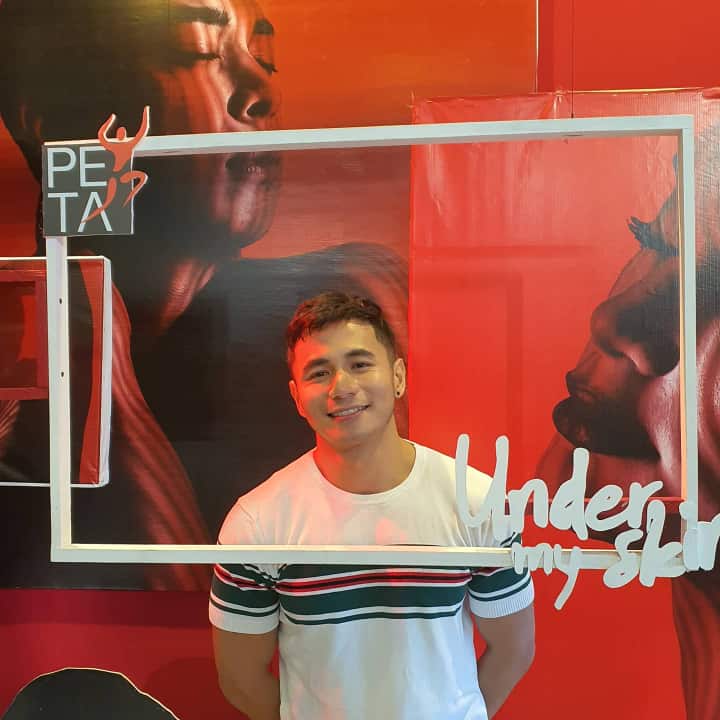 There was laughter injected in some parts of the play but with the situations and the dialogues being said, one can’t help but feel and be emotional about a scene.

That death scene was what I remembered. I lost some to the dreaded dis-ease.

Now, what is needed more than to strengthen the hearts, minds, bodies and souls of those afflicted, is to fill them with more information about HIV.

TWO heartwarming plays that will open our eyes. To mental health and depression. To HIV and AIDS.

Kudos to the wonderful artists who gets through the messages they want to impart to their audience.